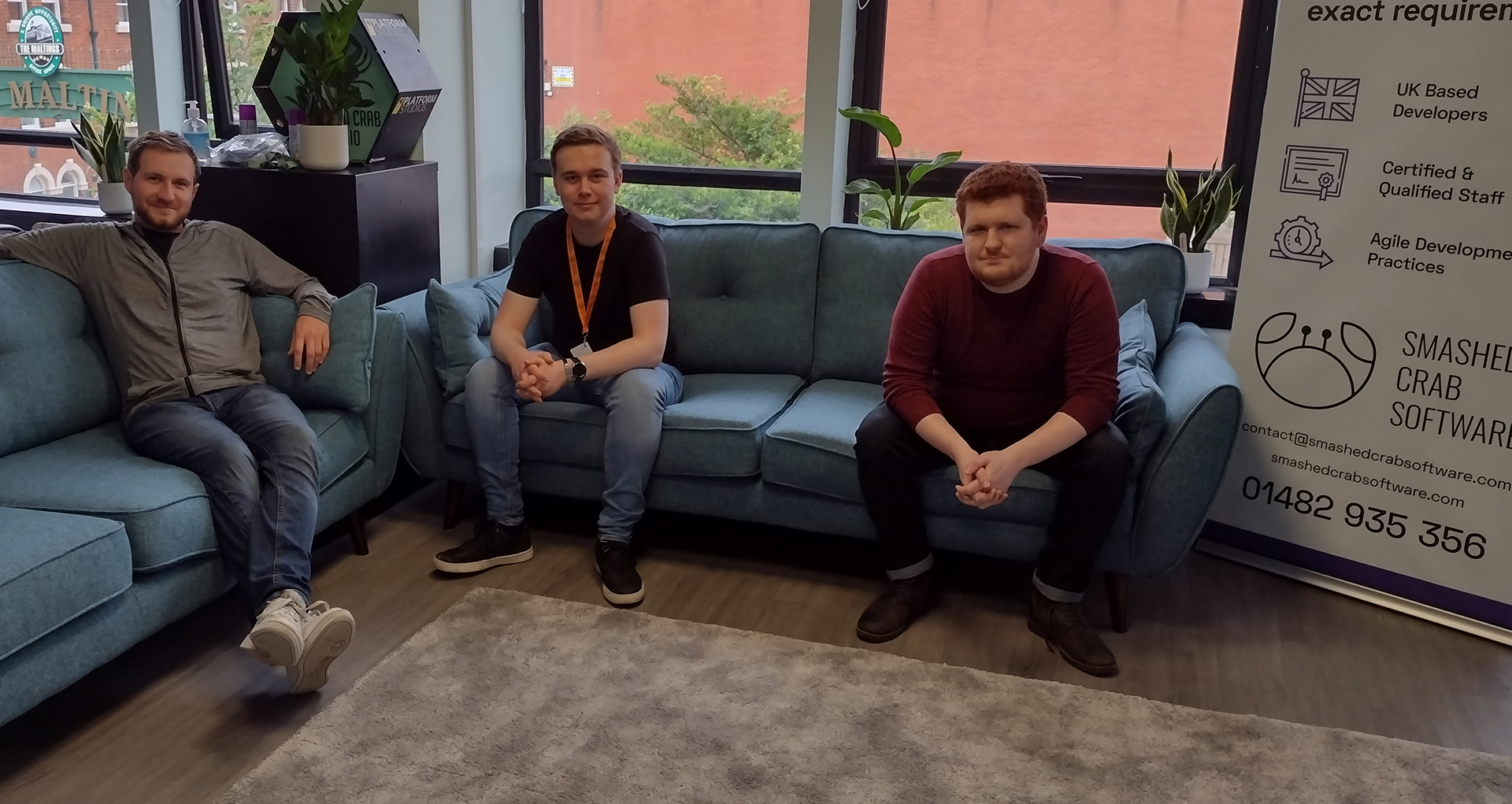 It has been a busy year for Smashed Crab Software. The Pandemic pushed forward digital transformation massively, but we were ready!

Our team has taken on many new projects and we have more in the pipeline. In order to preserve our high standards of development and customer satisfaction, we have taken on two graduate developers who are ready and willing to work on our custom software projects.

James is a self-confessed sci-fi nerd who has a particular interest in construction and management games such as Space Engineers and Factorio. But he is far from being a recluse. He loved the societies while at Uni and was the Tech Director for the Drama Society. This involved designing and creating props and sets for plays, and he will continue to be involved with it in his spare time.

James’ favourite food is popcorn. But it HAS to be salty. Never get him sweet popcorn!

Jordan is a social butterfly, having enjoyed meeting lots of new people from different walks of life during his time at university. He is also a gaming enthusiast, but unlike James, Jordan prefers battle arena games the most such as League of Legends. Perhaps not surprising, being a black belt in Karate himself.

If you were to eat with Jordan, he may well be stuffing a quesadilla in his mouth as this is his favourite food.

Welcome to the team guys.

Thank you! Your submission has been received!
Oops! Something went wrong while submitting the form.